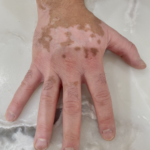 At this current point in time, there are no new drugs in the management of vitiligo 😔.  JAK inhibitors are around the corner, but they are still a fair way off coming to the UK and being prescribed in mainstream dermatology practice.

It was therefore interesting to read in the May online edition of the British Journal of Dermatology of a group in South Korea (Republic of Korea) who had performed a nationwide, population-based study looking at the use of a common anti-Parkinson’s drug and the development of vitiligo.

Why were they looking at an anti-Parkinson’s drug and vitiligo?

Yes, it sounds bizarre, doesn’t it?

Basically, the science behind it is that levodopa, a commonly used drug to treat patients with Parkinson’s disease is a precursor of two chemicals naturally found in the body, namely dopamine (hence its benefit in the treatment of Parkinson’s) and also melanin (the chemical responsible for the pigment levels in our skin).

There have been some reports of stimulation of melanin production in patients on levodopa and also darkening of hair after levodopa therapy.

What did they look at?

That’s brilliant! So why can’t we just prescribe levodopa for vitiligo patients?

Also, more worryingly, other large literature review studies have identified that malignant melanoma was the most frequent oral levodopa-related skin disorder.  The authors of that paper, however, found that evidence at the time did not support an association between levodopa treatment and the induction or progression of malignant melanoma and advised caution in interpreting their results 🤓.

It looks like energy, who has it, who has the most and who can create it, is going to be one of the … END_OF_DOCUMENT_TOKEN_TO_BE_REPLACED 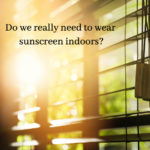 I understand this is a somewhat contentious issue, especially on social media.  We already know that … END_OF_DOCUMENT_TOKEN_TO_BE_REPLACED 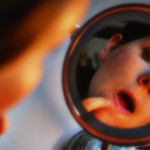 Having had the pleasure of spending more time with my young folk over the summer months, it was … END_OF_DOCUMENT_TOKEN_TO_BE_REPLACED