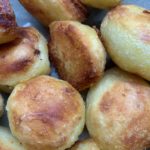 We, as a family, have had a big drive this year to eat a more plant-based diet. Why? Well, probably in a bid to eat less meat (as we eat far too much meat in the Western world for our needs) and also to try and reduce our carbon footprint. Has it worked? Maybe! It can be hard to follow, especially with regards the childrens’ diets and when you’re also trying to cook a quick, healthy supper for the whole family after a long day at work.   And usually by the weekend, we’re all craving a good old roast dinner! But one thing that has permeated even into the sphere of cooking up a Sunday roast is the use of coconut oil for our roast potatoes. We’re now not even missing the good old goose fat.

And it is surprising how versatile the uses of coconut oil are. Many patients comment on the use of coconut oil as a moisturiser in eczema or for moisturising dry skin on sun-damaged bald scalps. Other patients report the use of olive oil to treat scaly scalps, probably because these are plant-based oils and hence deemed more natural than mineral oil-based alternatives.

It is therefore useful to read the review on olive, coconut and sunflower seed oil in the January/February 2019 edition of the Pediatric Dermatology journal.

What did this show?

This was a review article not a study so no experiments were carried out, only a review of previously published studies in the literature.

The authors looked at all articles in the literature which looked at the use of olive oil, coconut oil, and sunflower seed oil on the skin of patients with atopic dermatitis or dry skin (xerosis).

Interestingly, they found that the use of olive oil might actually be harmful to the skin. Two studies found that application of olive oil caused poor skin barrier function and increased water loss from the skin.

It is thought that this might be due to the presence of oleic acid in olive oil which might cause inflammation in skin cells. Olive oil also contains saturated and unsaturated fatty acids which may encourage the growth of yeasts on the skin and has also been reported to cause an irritant and allergic contact dermatitis.

What about sunflower seed oil?

In dry skin (xerosis), the available studies failed to show any benefit over no treatment.

However, in atopic dermatitis the use of sunflower seed oil was shown to reduce the amount of topical steroid used and no adverse effects were reported.

And what about coconut oil?

Coconut oil comes from the white lining inside the shell of mature coconuts. Virgin coconut oil was used in all studies and this is defined as coconut oil processed within 24 hours of harvest to prevent the development of fatty acids that might irritate the skin.

In preterm infants, virgin coconut oil was found to prevent water loss from the skin by 50% compared to infants who received no treatment.

In children with atopic dermatitis, it was found to be better than mineral oil in reducing skin water loss and eczema severity.

There have also been no reports of allergic contact dermatitis to virgin coconut oil applied to the skin.

So where to from here?

The article states that “no oil can be recommended definitively”, however, it is important to know if any oil applied to the skin might have a negative effect, such as with olive oil. And if they don’t agree with topical use, you can always put them back in the kitchen cupboard!

More and more research is looking at the role nutrition plays in disease.  And it is fascinating … END_OF_DOCUMENT_TOKEN_TO_BE_REPLACED