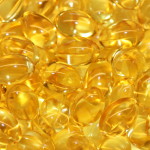 We have had an unprecedented summer this year so one would hope that the majority of us would have topped up our vitamin D levels. However, in the UK, vitamin D derived from sunlight exposure is generally only effective from late March/early April to September. Over the winter months, we are reliant on vitamin D in our diet. Dietary sources are particularly important in people with darker skin types or those who cover their skin up, avoid the sun or spend little time outdoors.

In the past, recommended dietary reference values for vitamin D were for prevention of rickets and osteomalacia (soft bones) in adults. Reference Nutrient Intake (RNI) for vitamin D was not set for those aged 4-64y with regular exposure to sunlight as it was thought that the vitamin D synthesized in the summer months would be enough to last them over the winter months.

Over time, there was some evidence that vitamin D had other health benefits other than bone health but a review in 2007 by the Scientific Advisory Committee on Nutrition (SACN) concluded that there was insufficient evidence for this.

In 2010, the review was repeated by the SACN due to mounting evidence to the contrary. The conclusion of this review was that everyone in the UK aged 1y and above should have an RNI for vitamin D of 10μg/day (400IU/day).

What do I have to eat to get this amount of vitamin D?

However, as it can be difficult to get enough vitamin D from the diet alone, the government has recommended that people consider taking a supplement.

So, I just take a supplement?

That is the government’s advice. For vitamin D deficient adults, the maximum dose for supplementation recommended by the SACN should not be greater than 4,000IU/day.

How much is too much?

That is a very valid question. However, there is still no evidence for an optimal vitamin D status. The National Institute for Health and Care Excellence (NICE) state that a level of vitamin D in the blood (25 hydroxy vitamin D concentration) of greater than 50 nmol/L is adequate.

However, 50,000 IU vitamin D capsules are easy to obtain on the internet and that combined with the reported health benefits of vitamin D supplementation together with health claims in non-medical publications and media has led to its use increasing significantly.

And what happens if I take too much?

The Clinical Medical Journal of the Royal College of Physicians published an article on a case of hypervitaminosis D recently. The patient had been taking 60,000 IU vitamin D capsules daily for 2 years after having read a book advocating its health benefits. The patient showed significant confusion, drowsiness and dehydration. He was unable to do simple tasks such as turning on his electric razor and had started urinating in the sink. The level of vitamin D in his blood was 881 nmol/L.

Following discontinuation of the vitamin D supplements, rehydration and other medical treatment, the patient improved and was discharged but some 2 weeks later.

So it really is a cautionary tale. Everything in moderation, as my father always tells me or in this case, as per national guidelines!

More and more research is looking at the role nutrition plays in disease.  And it is fascinating … END_OF_DOCUMENT_TOKEN_TO_BE_REPLACED