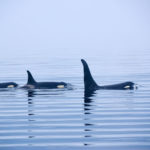 I think the BBC series Blue Planet 2 shocked us all; the oceans are dying and we’re all responsible. I think the most distressing for us as a family was on a recent trip to the new Whale exhibition at the National History Museum. In a corner of the exhibit were pictures of the humps of four whales and we had to guess which were starving by the shape of their humps. We guessed incorrectly; 3 out of the 4 whales pictured were starving and it rendered us all temporarily speechless.

We’ve changed practices at home; we recycled a lot before but now we recycle and compost everything and now we’re actively researching and purchasing products which are not wrapped in plastic. And now we find that sunscreens may be responsible for the bleaching of coral.

In May, Hawaii banned the sale of sunscreens containing two chemicals in particular, oxybenzone and octinoxate.

Why these two chemicals?

For the past few years, there have been a few studies that have reported the presence of sunscreen chemicals in coastal marine waters.

Suncreen chemicals have been found in North American Arctic waters suggesting significant migration of these chemicals.

What do these chemicals do?

A study in 2017 showed that octinoxate or (octyl methoxycinnamate (OMC)} degrades rapidly upon exposure to UV light forming numerous photoproducts. Both OMC and certain of its photoproducts are significantly toxic to cells.

Oxybenzone has also been found to be toxic to coral, causing bleaching and coral death.

How much of these sunscreen chemicals are in marine waters?

In 2008 one study estimated that 4000-6000 tons of sunscreen were washed off in tourist reefs areas each year.

In 2017, it was estimated that this had increased to between 8000 to 16,000 tons of sunscreen entering coral reefs each year.

Concentrations of oxybenzone in waters around the US Virgin Islands were found to be of a level that is lethal to coral. The waters around Hawaii are approaching the lethal levels.

Well, oxybenzone has been found in the tissue of fish and mussels.

Additionally, it is not removed by water treatment processes and studies have shown its presence in human blood, urine and breast milk.

So should we not use sunscreens?

There are clearly concerns that this will discourage sunscreen use and therein possibly causing an increase in skin cancers.

However, there are other sunscreens such as zinc oxide or titanium dioxide available which are non-toxic. Additionally, and we should stress this most of all, sunscreen use is only part of the triad of things we should do to protect ourselves against the sun. The key part of sun protection is to avoid the bright sun at peak hours (between 11am and 3pm) and seek the shade and wear protective clothing.

More and more research is looking at the role nutrition plays in disease.  And it is fascinating … END_OF_DOCUMENT_TOKEN_TO_BE_REPLACED