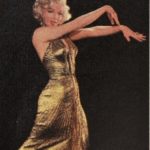 Fat is a difficult issue. You need it as an energy store, to keep yourself warm, to pad your bones and provide an attractive, comely shape to some of us. However, most of us constantly strive to have the least amount of body fat possible (though whether that is achieved is another thing!)

For some time there has been evidence that an increase in body fat (or visceral fat) is associated with an increase risk in conditions such as diabetes and heart disease, part of what we know as metabolic syndrome. It therefore makes complete sense to try to avoid obesity and central body fat.

So what has this got to do with dermatology?

Well, don’t forget that we don’t just have visceral fat. We also have fat in the skin, so called subcutaneous fat. And these two types of fat, visceral and subcutaneous have very different roles.

What are these roles?

There have been recent studies showing that an adequate layer of subcutaneous fat may play a pivotal role in controlling hormonal and metabolic pathways while excess visceral fat may have a role in exacerbating or encouraging the development of metabolic syndrome.

There is a very interesting article in the February edition of the British Journal of Dermatology demonstrating a link between ultraviolet radiation and fat cell function.

But surely subcutaneous fat is unaffected by ultraviolet radiation?

It was originally thought that as UV rays cannot penetrate the deeper layers of the skin, then subcutaneous fat (which is even deeper) must be unaffected by UV rays. However, UV radiation has been shown to alter the metabolism of subcutaneous fat in human skin.

How does that happen?

There are factors called adipokines which are secreted by fat cells. These adipokines are now viewed as the important mediators of inflammation and metabolism, locally in the skin and around the body.

This current study by Kim et al showed that UV irradiated human subcutaneous fat produces a particular range of adipokines which leads to loss of subcutaneous fat (and contributes to photoageing of the skin). These adipokines also lead to an increase in a particular type of cell called an adipose tissue macrophage which is similar to those seen in obesity.

What do these macrophages do?

So sun exposure will make me fat?

I think the authors have shown that there is a dynamic interplay between the skin and adipose tissue that goes in both directions.

It has consequences when considering light treatment for patients with chronic inflammatory skin conditions. Also in those of us that still seek the sun it shows yet another reason to moderate sun exposure.

It looks like energy, who has it, who has the most and who can create it, is going to be one of the … END_OF_DOCUMENT_TOKEN_TO_BE_REPLACED