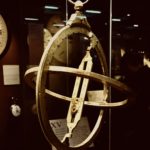 The clocks have just moved forward, a move welcomed by many as it heralds longer and hopefully brighter and warmer days (though I do rue the loss of that one hour of sleep!)

And talking about all things to do with time and body clocks, it is interesting that the journal of Pediatric Dermatology published an article recently on the role of the circadian rhythm in atopic dermatitis.

What does the article say?

It comments that a rhythmic periodicity has been noticed in skin barrier function, blood flow to the skin, water loss from the skin and grease (sebum) production (amongst other skin parameters.)

A reduction in sebum production at night time also contributes to night time itching as sebum forms a film on the skin surface which maintains hydration of the skin. It is often noticed by dermatologists that patients comment that itching is worse at night.

But we’re not all itchy at night!

Yes but the implications are that alterations in circadian rhythm might be implicated in the development of atopic dermatitis.

The authors comment that circulating immune cells are under tight circadian control.

Patients with atopic dermatitis are also well known to have sleep disturbances, often resulting in problems with concentrating at school or work, daytime sleepiness, behaviour problems and mood disturbances.

Melatonin is one of the hormones involved in sleep regulation and is also secreted in a diurnal pattern with a peak between 2 and 4am followed by a gradual decrease as morning approaches.

One study reported disrupted melatonin secretion in 14 out of 18 children with atopic dermatitis.

So how can all this knowledge be used to help eczema patients?

The authors call this ‘chronotherapy’, ie any therapy that utilises the peaks and troughs of the circadian rhythm of a particular condition.

In atopic dermatitis, drugs can be delivered at the optimal time in accordance with the circadian rhythm of the condition.

For example, as skin water loss and skin blood flow are highest in the evening, moisturisers and active topical agents (steroids or calcineurin inhibitors) should be applied at this time to ease penetration into the skin and thereby to deliver maximal therapeutic benefits.

As always, the evidence for use of chronotherapy to treat skin disease is limited and the authors state that more research is needed in this interesting area.

More and more research is looking at the role nutrition plays in disease.  And it is fascinating … END_OF_DOCUMENT_TOKEN_TO_BE_REPLACED