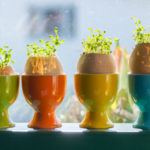 It’s not often that we come across a new disease entity. There has, however, been a surge in a type of hair loss that was first described in the literature in 1994 in six post-menopausal women in Australia.

Few other cases were reported in the 1990’s but it has become increasingly reported by dermatologists in the last couple of decades, not only in the UK but elsewhere around the world.

What is it called?

It affects the frontal hairline with band-like recession of this hairline. There may also be loss of eyebrow and eyelash hairs and sometimes also hair around the rest of the body may be reduced. There may be some redness around the hair follicles and it is thought to be a clinical variant of another hair loss condition called lichen planopilaris (LPP).

The key thing also is that it causes scarring hair loss. This is where the hair follicles are destroyed, thereby destroying any ability for hair regrowth and the skin in that area will look smooth, and of course, be hairless. There may be some itch and there may be some spots or papules on the face.

Well, that is the problem because no one really knows. We don’t know why it has become prevalent recently and feel that it can’t just be because we are recognizing and diagnosing it more. So it remains something of an enigma.

Are there any thoughts as to what causes it?

There are suggestions that there might be a genetic element to this due to it occurring in clusters in certain families, though the fact that it occurs later in life could go against this theory.

There have been other suggestions that there might be a hormonal role as the condition effects postmenopausal women.   Certain treatments which effect hormones (5-a reductase inhibitors) may work. However, hormone replacement therapy is neither protective against nor effective as treatment and the number of postmenopausal women has not increased massively in the past 20 years.

Another suggestion is that it is an immune-mediated process like in LPP. Many patients have other autoimmune disorders, such as hypothyroidism and vitiligo.

Others have suggested there is an environmental trigger responsible, given the rapid rise in numbers diagnosed. One study looked at facial product use in FFA.

They found that subjects with FFA used more facial moisturizers and foundations than those without FFA though the numbers failed to reach statistical significance and so have to interpreted with caution.

However, twice as many women with FFA regularly used a sunscreen compared to those without FFA and the authors noted that many facial moisturizers now contain sunscreen chemicals.

This might explain why FFA has increased in prevalence anecdotally over the past decade and why it is the frontal hairline, which is next to facial skin, that is the main area affected.

That is true. These are there to prevent light degradation of the product in storage but also are used to protect hair from UV damage. They are especially used in hair products which purport to protect coloured or dyed hair.

A recent letter in the journal Clinical and Experimental Dermatology looked at 60 random hair care products to see how many contained sunscreen.

They found that 60% of leave-on hair products and 51% of wash-off products (shampoos and conditioners) contained sunscreen. They suggested that these may be responsible, especially as FFA often progresses to wider scalp involvement.

Are there any treatments?

Topical agents, ie creams such as corticosteroids, calcineurin inhibitors, minoxidil have all been tried. Injecting steroids into the scalp skin, taking oral steroids, hormonal tablets (as mentioned above), hydroxychloroquine (an antimalarial often used in other hair loss conditions) and others have been tried. However, as you can probably guess, responses can vary and there are no standardized treatments for FFA.

Clearly more research is required in order to better understand what this disease is and hopefully, then treatment options can be more tailored.

More and more research is looking at the role nutrition plays in disease.  And it is fascinating … END_OF_DOCUMENT_TOKEN_TO_BE_REPLACED