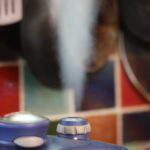 Dermatologists not only see rashes all day long but we can also operate and perform skin surgery to remove skin lesions. Patients are also always asking if there are better ways to improve the scar after surgery. We generally recommend massaging white soft paraffin into the scar or using silicone gels once the stitches have been removed.

An additional thing is the time until the wound heals completely and the stitches are removed. Facial sites can heal in 7 days but sites on the body and limbs can take two weeks or longer in some cases. Avoidance of strenuous exercise during this time is often advised to provide optimum wound healing and scar appearance and this, by and large, is the major bugbear for many patients.

Is there nothing else to speed this up?

Well, no. However, there has been some recent evidence that expressive writing can speed up wound healing.

I must admit, I was a bit amazed too! I heard the interview with one of the researchers on Radio 4 whilst on the way to pick up the kids from school. I so wanted to hear the end of the interview I ended up late collecting them!

What is the evidence?

The earliest paper I could find on this is from 2008.

In this study, 36 male participants aged between 18 and 40 years were randomly assigned to either the emotional disclosure or control group. Those in the emotional disclosure group were asked to write for 20 minutes on 3 consecutive days about a traumatic and upsetting experience in their life, delving into deep emotions and disclosing thoughts not previously shared with anyone else. The control group were asked to write about time management, describing what they had done on certain days in a factual manner.

Two weeks after the first visit, all participants received a standard 4mm skin biopsy at the inner aspect of the upper non-dominant arm under local anaesthetic from a dermatologist. At days 7, 14 and 21 after the punch biopsy, the wound was scanned using a high resolution ultrasound scanner as an accurate marker of wound-healing.

Are there any more recent studies?

Yes, there is a more recent study performed in 2013 looking at the effect in older adults.

In this study, 49 adults aged 64 to 97 years were assigned to the same tasks of either writing about upsetting life events (Expressive Writing) or daily activities (Time Management) for 20 minutes a day for 3 consecutive days. Two weeks after this, a 4mm punch biopsy was performed as before and then the wounds were photographed routinely for 21 days to observe wound healing.

What did this study show?

Again, this study showed that the participants in the Expressive Writing group had a greater proportion of fully healed wounds at Day 11 post biopsy than those in the Time Management group.

But this requires you to do the expressive writing before the skin injury which doesn’t happen in reality.

Yes, so a study published in March of this year has looked to see if expressive writing after performing the biopsy would also be as effective.

And what did this study show?

This study showed a significantly greater proportion of participants who performed expressive writing before the biopsy had fully healed wounds on day 10 compared to those who performed neutral writing either before or after wounding. This replicates that which was seen with the two previous studies.

Expressive writing was also found to have effects on mood, causing it to worsen initially and then improve.

The mechanisms behind it all are still unclear. Several factors have been suggested such as whether expressive writing results in better sleep, increased production of cellular hormones (cytokines) or improved physical health. Further studies are needed to explore this area further.

The Radio 4 interview did liken the effect of expressive writing to that of ‘the valve being released on a pressure cooker.’ The thinking through of the traumatic and distressing event allows the event to be processed in the mind of the participant, thereby allowing the participant to gain better insight into the event and derive meaning from it. I think all of us can see how that might benefit the self.

More and more research is looking at the role nutrition plays in disease.  And it is fascinating … END_OF_DOCUMENT_TOKEN_TO_BE_REPLACED