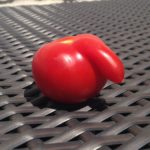 Rosacea can be a real pain; sensitive facial skin, redness, easy flushing and then spots. If you’re really unlucky then you can also start to get textural changes to the skin, what dermatologists call rhinophyma.

Then the other pain is that we have no cure for the condition.   There are just creams and tablets that suppress it for a while but the condition tends to relapse some time after stopping them. By and large, most people have been treated with anti-rosacea creams by the time they see a dermatologist and so we tend to put patients on tablets, which are long term low dose antibiotics.

There is a current trend towards veering away from long term low dose antibiotics. Worries over antibiotic resistance are omnipresent and real.

Ways of reducing the use of antibiotics in the treatment of non-infectious diseases are needed.

A new cream to treat rosacea was approved by the US Food and Drug Administration in December 2014 and across Europe in 2015.

Soolantra is a cream which contains an agent called ivermectin. Oral ivermectin is an anti-parasitic agent which has been around since the 1970’s. It is used in both human and veterinary medicine to treat parasitic infections.

Why are we using anti-parasitic creams in rosacea?

Believe it or not, there is a link between rosacea and a mite called Demodex which lives in the skin.

What does the mite do?

We are not exactly sure. It is thought that there is an heightened inflammatory response in the skin which plays a part in the signs and symptoms of rosacea.

But I’ve been advised to cut out alcohol, hot drinks and spicy foods?

That advice still stands. It is well recognized that there are environmental triggers such as alcohol, hot drinks and spicy foods aswell as sun exposure, temperature changes and heavy exercise which make rosacea worse.

The skin of rosacea patients is more sensitive and also has an ability to trigger inflammation in the affected skin. Longstanding inflammation results in dilatation of the vessels in the face and this allows the fluid in the vessels to leak out. This then causes tissue swelling and further inflammation.

So what does a mite and an antiparasitic cream have to do with all this?

Oral ivermectin has been shown to reduce the levels of mites such as Demodex in the skin.

It has also been shown to reduce inflammation.

However, its exact mechanism of action is still not fully understood.

But it works in rosacea?

Yes, it works very well in moderate papulopustular rosacea, a type of rosacea in which there is facial redness together with spots.

How does it compare to existing anti-rosacea creams?

It definitely seems to be far superior compared to topical metronidazole cream and topical azelaic acid.

And is it safe?

And in the long term?

With current data, it seems as if topical ivermectin cream is safe for up to 52 weeks but clearly studies of a longer duration are needed.

So if you have moderately severe rosacea with spots and don’t fancy a protracted course of antibiotics, at last you have an option that really does seem to work!

More and more research is looking at the role nutrition plays in disease.  And it is fascinating … END_OF_DOCUMENT_TOKEN_TO_BE_REPLACED