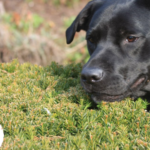 I recently had to pick up one of my children from a party. The centre where the party was held had various function rooms and it was a bit of a job finding her. However, I followed my nose. Why? There was that particular smell of sweat and high sugar concentrations in the air which is unique to young children’s parties and I’m sure that most of us with children can identify. It is funny how certain smells can evoke memories or allow us to trace an object.   It is, of course, something that is used all the time by dogs working for organisations such as the police and HM Customs and Excise.

It is also interesting that, at the time of writing, a paper was published in the British Journal of Dermatology looking at the use of dogs to detect odours emitted by skin cancers.

What did the study do?

It was a study in which there were 741 study participants and these people had a variety of melanomas, squamous cell carcinomas, basal cell carcinomas, atypical moles, benign moles or healthy skin. One dog was involved, a working male Labrador whose owner had had over 40 years’ experience in training dogs for scent discrimination for the police or HM Customs and Excise.

How did they capture the odour from a skin cancer?

It wasn’t the simple task of letting the dog sniff out a line-up of patients.   The study used a method to capture the odour from the skin of patients. They did this by using 100% sterile cotton gauze swabs cut to size and applied directly to the skin surface, on top of the lesion. Low odour plastic was applied on top of the gauze to prevent loss of the odour into the surrounding air and this was secured with tape.

The gauze squares were left on the skin for 15 minutes and then transferred to sealed glass vials and stored at -41 degrees Celsius until needed. The vials were then coded using a random number generator. Even though vials might have been taken out and used multiple times during the study, there seemed to be no loss in the odour over time.

And did the dog pick out the melanoma?

So the assumptions from the study are what?

The authors concluded that a dog can be trained to correctly identify an invasive melanoma on the basis of skin odour with a greater accuracy than would be expected by chance alone. The authors suggest that this lends evidence to the suggestion that melanomas release a profile of volatile organic compounds (VOC) from their surface that is different from other skin cancers and healthy skin.

Another reason to get a dog then?

Well, the authors do go on to clarify that they are not suggesting that dogs can be used in an actual clinical setting. However, it is interesting that the original paper published in 1989 by Williams and Pembroke does report the persistent interest of a pet dog in a lesion on his owner’s leg. This lesion was subsequently removed and found to be a melanoma.

More and more research is looking at the role nutrition plays in disease.  And it is fascinating … END_OF_DOCUMENT_TOKEN_TO_BE_REPLACED