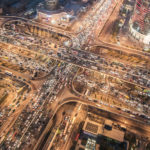 At the time of writing this blog, the National Institute for Health and Care Excellence (NICE) has just published new guidance on the use of combination biological therapy for the treatment of metastatic melanoma.

What are biological therapies?

There are various types of biological therapies available for different diseases. In essence, they are treatments which use or stimulate the body’s own processes to fight disease or cancers.

What is metastatic melanoma?

Metastatic melanoma is where the melanoma has started to spread elsewhere in the body and the prognosis for this type of melanoma is extremely poor. The rising incidence of melanomas means that the need for treatments for advanced metastatic disease is pressing.

What are these treatments called?

They all have fairly unpronounceable names! One of the first NICE approved biological therapies for locally advanced or BRAF-positive malignant melanoma is vemurafenib. Another BRAF inhibitor is called dabrafenib.

Wait…, what does ‘BRAF-positive’ mean?

BRAF stands for v-raf murine sarcoma viral oncogene homolog B1 and BRAF is found in half of all melanomas.

BRAF inhibitors were found to significantly improve overall survival and time free from progression of the melanoma compared to standard chemotherapy agents available at the time. However, the response was temporary with only 5.3 months break from the disease.

Well, no. So much more work went into seeing if this clinical response could be prolonged.

Researchers started looking at MEK inhibitors used in combination with BRAF inhibitors and this combination did seem to extend the period of time before the disease progressed though only to 10 months. One such MEK inhibitor is trametinib.

And what is MEK?

MEK stands for (wait for it!) mitogen-activated protein kinase (or MAPK)/extracellular signal-related kinases (or ERK). MAPK is downstream of the same cellular pathway as BRAF. The BRAF inhibitors, vemurafenib and dabrefinib were causing downstream activation of MEK and this was partly responsible for the resistance to BRAF inhibitors that was happening in patients with metastatic melanoma after a few months. The combined use of BRAF and MEK inhibitors appeared logical and has shown benefit in trials. It is the combination of dabrafenib and trametinib that has been recommended by NICE in June 2016.

Are there other drugs available?

Yes there are another group of drugs called immune checkpoint inhibitors. Ipilimumab, nivolumab and pembrolizumab are examples.

How do they work?

These drugs target these immune checkpoints and block them, preventing the melanoma from evading the immune system and thereby allowing the body’s own immune system to get rid of the cancer.

And do they work?

Ipilimumab has shown evidence of working.

Nivolumab and pembrolizumab block a different immune checkpoint to ipilimumab. They have been shown to be superior to ipilimumab when comparing overall survival and also have a better side effect profile.

Used as combination therapy with ipilimumab gave even better results than when used alone and all three drugs have been approved by NICE.

As you can see from the above, metastatic melanoma is a tricky beast.  I remember listening to one such leading researcher in melanoma research likening the battle against melanoma to trying to stop traffic flow into a city – putting a road block on one side of the city is simply not enough.  Melanoma simply finds another way around.  Hence, why combination therapy seems to be more effective.

In addition, all of the above therapies are associated with severe side effects which have to be weighed up against any benefits ie months of survival that they may give.  This is a decision that has to be made by oncologists who are practiced in managing metastatic melanoma and prescribing these medications.

Researchers are now looking at something called epigenetic modulation as a novel new target in melanoma treatment.  This is where the way genes are expressed can be affected without changing the underlying DNA sequence.  However, there are many more areas of research in the fascinating field.

A useful article, if you were interested (and can get your head around all the long names and science!) is listed below.

More and more research is looking at the role nutrition plays in disease.  And it is fascinating … END_OF_DOCUMENT_TOKEN_TO_BE_REPLACED