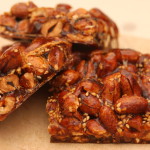 On February 23rd, the eagerly awaited results of the LEAP study were published in the New England Journal of Medicine.

‘LEAP’ stands for ‘Learning Early About Peanut Allergy’ and it was a large multicentre trial in the UK that ran from 2006 to 2009.

What was the LEAP study looking at and why?

Basically, the LEAP study was looking at whether the ingestion of peanuts early in life could prevent the future development of peanut allergy. Why? Because the prevalence of peanut allergy is on the increase, is rarely outgrown, is the major cause of food related anaphylaxis and causes significant impairment in quality of life for peanut allergic patients and their families.

How can giving a food prevent an allergy to it developing?

We don’t fully understand how this happens but it does. It is called oral tolerance. There had been some earlier studies looking at whether oral tolerance could be induced in older children with established food allergies but these studies showed that though achieved, the tolerance was brittle (!) and easily lost once the trial was over.

However, it is interesting that it has been noted for some time that in Israel, where peanuts are used extensively in weaning foods, the risk of developing peanut allergy was 10 times less than in Jewish children of the same ancestry in the UK.

So what did they do in the LEAP study?

The study was large with 640 babies aged 4 to 11 months of age who either had severe eczema, egg allergy or both. The babies were randomized to either eating peanuts (in a peanut based food) or not. Those who had large wheals on skin prick tests, had reactions to peanuts on a baseline oral food challenge or developed allergic symptoms to peanuts during the trial had to avoid or stop eating peanuts.

These babies were then followed up for 60 months whereupon skin prick tests, specific IgE blood tests, levels of IgG4 in the blood and an oral food challenge were performed and the child’s allergic status decided.

The children in the peanut consumption group in whom there was a negative skin prick test on entry to the study were found to have an 86% reduction in peanut allergy.

Those in the consumption group in whom there had been a positive skin prick test on entry were found to have a 70% reduction in peanut allergy.

Serum IgG4 levels were found to be significantly higher in the consumption group and in those who did not have very high peanut-specific IgE level, high levels of IgG4 were associated with an absent allergic reaction to peanuts.

What were the authors’ conclusions?

The LEAP study showed that even in early infancy, sensitization can occur without any history of peanut consumption. Sensitisation is the presence of IgE in the blood to an allergen (detected by skin prick tests or specific IgE blood tests).

The authors propose that early environmental exposure ie through the skin via eczema, to peanut may account for this early sensitization. However, early oral exposure to peanut, as showed in this trial, could lead to oral immune tolerance.

Where do they go from there?

Well basically, there is a need to see if these children continue to remain non-peanut allergic after they stop eating peanuts. The authors are already investigating this with the LEAP-On study. Their findings so far show that this early, regular consumption of peanut or peanut products can lead to a significant decrease in peanut allergy in high-risk infants, whereas peanut avoidance was associated with a greater frequency of peanut allergy.

So it looks like we should all be going nuts over peanuts!

More and more research is looking at the role nutrition plays in disease.  And it is fascinating … END_OF_DOCUMENT_TOKEN_TO_BE_REPLACED