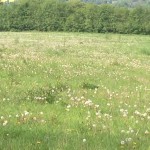 It’s March and the hayfever season is almost upon us. It is the time of year that those with seasonal hayfever, or allergic rhinitis dread. There has, however, in recent years been increasing use of allergen immunotherapy (AIT) as a treatment for those with disabling allergic rhinitis. This has afforded hayfever sufferers a reprieve from their symptoms, often lasting for several years after treatment is discontinued. This has been backed up by numerous high-quality, randomized controlled trials showing that AIT is a highly effective treatment in properly selected patients with allergic rhinitis and asthma.

What is allergen immunotherapy or AIT?

This has been used for over a century to desensitise patients to airborne allergens.

It is whereby gradually increasing doses of allergens are given to patients in rapid succession until a maintenance dose is reached. The allergens can be given by subcutaneous (into the skin) injections or sublingual (under the tongue) tablets. The maintenance schedule is then maintained for 3-5 years.

AIT has been used for bee and wasp venom allergies, severe allergic rhinitis and selected cases of allergic asthma.

Well, to avoid going into too much of the science, it is thought that AIT switches the immune system from an antibody-producing type to a more regulatory type and that this switch also makes the end-organ, ie the nose in hayfever or the lungs in asthma, less responsive to allergens they encounter. Remember that allergy is often mediated by antibodies called IgE and therefore, IgE production is reduced and hence allergic disease is also reduced.

And what has this got to do with the skin and eczema?

The Allergen Immunotherapy Practice Parameter, 3rd Update (2011) states that: “there is also some evidence that patients with atopic dermatitis (AD) with aeroallergen sensitivity might benefit from immunotherapy.”

The 2012 update of the Atopic Dermatitis Practice Parameter also states that: “On the basis of several studies of dust mite immunotherapy, the clinician might consider allergen immunotherapy in selected patients with atopic dermatitis with aeroallergen sensitivity.”

Well, why aren’t we giving AIT to all patients with AD and allergic rhinitis?

Before we can jump in and start giving AIT or any treatment, for that matter, to patients it is vitally important that there is a sufficient body of literature to support it.

There have been two recent publications looking at the literature supporting AIT in AD. The first was published in 2013, the second in January of this year.

These two authors looked at what evidence there is available to support the use of AIT in AD. They only selected high quality evidence, ie randomised controlled trials (RCTs).

The 2013 study identified 7 RCTs that met their criteria with 5 RCTs looking at subcutaneous IT, 1 with sublingual IT (SLIT) and 1 with intradermal (into the skin but deeper) IT.

The 2015 study identified 5 RCTs that met their criteria. All were looking at the role of SLIT and included the one study looking at SLIT in the 2013 publication.

All patients suffered with chronic, poorly controlled AD and had proven IgE sensitisation to aeroallergens.

Both the 2013 and 2015 reviews found that there were reported improvements in eczema severity in subjects receiving AIT. AIT was found to be very safe with worsening of eczema in only a small proportion of patients.

Yes, there is a ‘but’! The 2013 review found ‘serious methodological shortcomings … in all studies’. The 2015 review found ‘methodological differences’ in the 5 RCTs they identified. This is due to the way the RCTs are carried out but strongly influences whether you can rely on the result that they show.

The 2 authors downgraded the quality of all the studies in both the 2013 and 2015 reviews from high quality evidence to moderate to low quality evidence. Therefore their critical appraisal of the literature led only to a weak recommendation for the use of AIT in atopic dermatitis.

Where do we go from here?

As with most new and evolving treatments, further studies especially of high quality need to be performed. It seems that AIT does cause improvements in AD but because of shortcomings in the way the studies were carried out, the evidence supporting this is of low quality. Further high quality evidence may well change this.

More and more research is looking at the role nutrition plays in disease.  And it is fascinating … END_OF_DOCUMENT_TOKEN_TO_BE_REPLACED