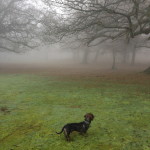 Last December, I wrote a blog on the benefits of dog ownership as we had recently acquired a new puppy that year. Dog ownership has many benefits but with regards to the Hygiene Hypothesis and the prevention of allergic disease, the evidence available in the literature at the time was limited or not conclusive. Of late, this has changed.

Remind me; what is the Hygiene Hypothesis again?

The ‘Hygiene Hypothesis’ was the term coined in 1989 by Strachan to explain why asthma and allergic diseases were on the increase in the developed world.

He postulated that lack of early life exposure to viral and bacterial organisms and their products caused a shift in the early immune system towards an inflammatory immune response like that found in asthma and allergic diseases. This is because the immune system, being redundant due to a lack of infections, starts to attack itself or innocuous materials such as food substances, pollens or house dust mites.

So how has this changed?

Strachan actually stated in his paper, “These observations do not support suggestions that viral infections, particularly of the respiratory tract, are important precipitants of the expression of atopy. They could, however, be explained if allergic diseases were prevented by infection in early childhood.”

This statement was taken to mean that hygiene was the problem and too much hygiene was responsible for the rise in allergic and inflammatory diseases. Actually, what he meant – and this is what is now being more widely appreciated – is that the loss of species diversity from the ecosystem that is found in the human body is the problem and colonization by an organism could prevent an allergic disease.

So we should give up on hygiene?

Well, no. Hand washing, personal hygiene, keeping the house clean and observing safe practices in the kitchen are all important and are nothing to do with prevention of allergic disease. Modern hygienic practices are often important in the management of allergic disease, eg daily bathing in eczema, daily vacuuming and damp dusting in house dust mite allergy.

What is Biome depletion then?

This is the suggestion that factors that alter the variety and number of species found in the human body (the microbiome), can turn the human immune system from a tolerant one to a dysfunctional one that is hyper-responsive and associated with asthma and allergic diseases.

[Daley D. The evolution of the hygiene hypothesis: the role of early-life exposures to viruses and microbes and their relationship to asthma and allergic diseases. Curr Opin Allergy Clin Immunol 2014; 14(5): 390-5.]

What are the factors that alter the microbiome?

These are factors such as method of giving birth, usage of antibiotics, and changes in lifestyle which alter the way in which we interact with the environment and animals, the move from rural to urban areas included. It is not surprising that many of us living and working in industrialised countries have little or no exposure to animals and microbes.

So how can we reverse this trend?

Well, the evidence seems to show that any effect has to happen very early in life, either in the womb or in early infancy. Doing anything beyond that age makes no difference on the risk of developing allergic disease.

Evidence in germ-free (GF) mice has shown that they can be protected from developing cow’s milk allergy by transfer of infant human gut microbiota containing Bifidobacterium and Bacteroides species.

Low diversity of microbiota in the guts of human infants in the first month of life is also linked to asthma at the age of 7 years.

Low total diversity of gut microbiota during the first month of life is also associated with eczema and sensitization to allergens.

You mentioned dog ownership at the beginning. Where does that tie in?

The Canadian Healthy Infant Longitudinal Development Study (CHILD) looked at the intestinal microbiome of infants and found that there were different types of bacteria and a different abundance of bacteria in infants from households with pets and older siblings.

Both birth order (being low in the birth order was better) and dog ownership were found to be protective.

So we should get a dog?

Well, one of the papers mentioned above does suggest that, as dog ownership is a ‘modifiable and protective factor’, it may not be long before families at risk of developing allergic disease be ‘advised to bring home a dog with their newborn.’

[Daley D. The evolution of the hygiene hypothesis: the role of early-life exposures to viruses and microbes and their relationship to asthma and allergic diseases. Curr Opin Allergy Clin Immunol 2014; 14: 390-396.]

More and more research is looking at the role nutrition plays in disease.  And it is fascinating … END_OF_DOCUMENT_TOKEN_TO_BE_REPLACED