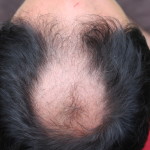 A paper was published in the BMJ Open in March of this year that must have struck a blow to the heart of every balding man, quite literally.

This paper stated that baldness in men (or androgenetic alopecia or AGA) was associated with an increased risk of coronary heart disease (angina and heart attacks/myocardial infarction).

Well, the authors didn’t find an association with all types of AGA, only one particular type called vertex baldness and the risk increased with the severity of vertex baldness.

What is vertex baldness?

The vertex is the top of the head.  I’m sure we’re all aware that there are, broadly speaking, two patterns of baldness in men; a receding hairline (what dermatologists call frontal recession) and balding at the crown (what we call vertex baldness) though in real life, it’s often a combination of the two.

There is a scale with which we can grade the severity of hairloss.  It is called the Hamilton scale and the original scale had 12 categories (which are hard to remember and put into use).

A more practical modified Hamilton scale has been put into use which uses 5 categories: 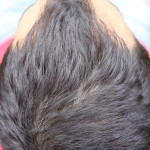 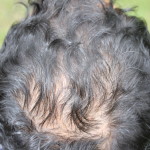 Why would male pattern baldness be associated with coronary heart disease (CHD)?

This is actually an area that has been of interest since the 1960’s (or earlier) and studies have been questioning whether there is an association at all ever since.

High levels of male hormones can also contribute to the development of high blood pressure, high cholesterol levels, and CHD.

There is also a syndrome called metabolic syndrome in which conditions such as diabetes, high cholesterol, high blood pressure, CHD and peripheral vascular disease (problems with the arteries in the limbs) are all found together.  Insulin resistance is the key central factor to metabolic syndrome and insulin resistance has also been shown to constrict the blood supply to the hair follicles and thereby contribute to the balding process.

Is there good evidence for this link from this recent analysis?

The authors looked through 2 reputable medical journal electronic databases for any papers (written in English) looking at the association between baldness and CHD between January 1950 and November 2012.  They screened and reviewed all the 850 studies that they found and narrowed this down to 6 good studies.

These 6 studies looked at a total of 36,990 participants who were all followed up for between 11 and 14 years, so there were huge numbers of patients involved over quite a long time, which are always good things to look for in a study.

3 of the studies used the modified Hamilton scale to grade the baldness, one used a simplified Hamilton scale (frontoparietal ie front and sides, crown-top (self-explanatory, and combined) and two used a personal scale (none, minimum, moderate or severe baldness in one and none, frontal, vertex or combined baldness in the other).  As the same grading was not used in all 6 studies and two were more subjective it is entirely possible that other causes of hair loss could have been contributory and not taken into account.

Also, only English written papers were included in the analysis and in one paper, patients were required to remember events linked to their condition that had possibly developed up to 40 years prior, which is difficult for even those of us with superb memories.

What did this analysis find?

So where do we go from here?

Remember, only 5 studies showed an association and 5 is not a huge number.   There have also been a whole host of studies showing that there is no link between CHD and AGA.

Also, as male pattern baldness affects up to 40% of the adult men, it is clearly not feasible or warranted to preform screening for coronary heart disease in all balding men.  Additionally, there is no data showing that modifying cholesterol, blood pressure and improving insulin control will stop or reverse the balding process, nor that using a product such as minoxidil on the scalp (Regaine ®) will reduce your risk of developing CHD.

This analysis highlights that further work in this interesting area needs to be done and the authors of the paper strongly concur with that.

More and more research is looking at the role nutrition plays in disease.  And it is fascinating … END_OF_DOCUMENT_TOKEN_TO_BE_REPLACED