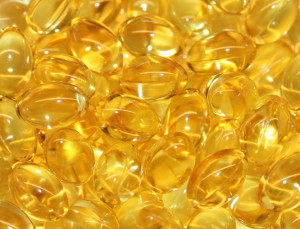 Vitamin D is all the rage currently; everyone seems to be asking if vitamin D has a role in this disease or that disease.  Only last week, I was asked if vitamin D had a role to play in eczema; as far as I am aware, there have been no large, good quality studies that have investigated this nor shown a role.

What diseases does vitamin D have a role in then?

There have been some studies, however, in recent years suggesting that high levels of vitamin D in the blood may be associated with a decreased risk of colorectal cancer and possibly breast cancer.

Other studies suggest that the risk may actually be U- shaped, in that low levels of vitamin D in the blood and also very high levels may be associated with an increased risk of disease progression, especially concerning breast cancer and cardiovascular disease.

What can I do about my levels of vitamin D?

So what does vitamin D have to do with melanoma?

Dermatologists have preached for many years the benefits of sun avoidance.  Exposure to ultraviolet (UV) radiation from the sun is the primary risk factor in the development of skin cancers, namely malignant melanoma, and also squamous cell carcinomas and basal cell carcinomas.  The UV rays in sunlight cause DNA damage to the cells in the skin, which after a lot of sun, can give rise to skin cancers.

Interestingly though, there have been some studies in recent years showing associations in melanoma patients between lower vitamin D levels in the blood at the time of diagnosis and thicker (ie worse) tumours and a worse prognosis (ie future outlook).

That doesn’t make sense!  So, should patients with melanoma expose their skin to more sun?

Clearly, the advice cannot be to expose the skin of these patients to more sunlight in an attempt to produce more vitamin D.  These patients have already developed one skin cancer and are at an increased risk of developing more.

What evidence is there for this?

The evidence so far is not helpful either way.  Vitamin D levels are consistently low in studies all over the world, whether you have melanoma or not and irrespective of the colour of your skin and yet, the optimal level of vitamin D in the blood is unclear and not agreed upon.

A level of 60-75 nmol/L is suggested in the scientific papers but this level is taken because any level higher than this causes suppression of a hormone released by the brain which is involved in vitamin D and calcium balance (parathyroid hormone or PTH).

Not knowing to which level to supplement could be dangerous as high levels of vitamin D could be just as dangerous as too little.

There is some evidence that melanoma cells possess a receptor for vitamin D and proliferate less in the presence of vitamin D in laboratory studies.  Also, some papers suggest that there is an inherited genetic variation in the protein that binds vitamin D which also affects vitamin D levels in the blood and also the occurrence and outcome of malignant melanoma.

However, more recent studies looking at the genetics of the proteins involved in vitamin D have shown no association with melanoma risk or prognosis (how patients will do going forwards), and another paper found no association between vitamin D levels in the blood and risk of melanoma in men.

To top it all off (and make it even more confusing) the most recent study, published in November 2012, takes us full circle back to the beginning of the argument.  The study in question is a large study with over 28 years of follow up data and including over 600 patients.

This study showed that increasing vitamin D levels in the blood were associated with an increased risk of melanoma and also of what we call non-melanoma skin cancers, ie squamous cell carcinomas and basal cell carcinomas.

There is a clear need for more research in this area but for now, there is no convincing evidence for vitamin D testing nor for vitamin D supplementation in melanoma patients.

It looks like energy, who has it, who has the most and who can create it, is going to be one of the … END_OF_DOCUMENT_TOKEN_TO_BE_REPLACED