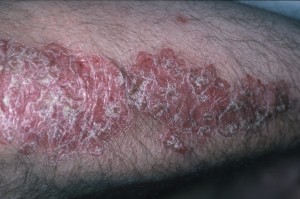 The NICE guidelines for psoriasis were published in October 2012.  Its 61 pages are quite a lengthy read and there is quite a lot to digest.

What do the NICE guidelines for psoriasis say?

It is of common knowledge amongst dermatologists that obesity, high blood pressure, diabetes, high cholesterol levels and alcohol intake are things that any dermatologist should address in any patient with psoriasis.

In addition, the NICE guidance mentions these conditions as one of their key priorities for implementation and the conditions are classified as ‘comorbidities’ (which means in essence the presence of two or more coexisting medical conditions).

Yet despite this, it is surprising how few of the general public are aware of this fact and patients with psoriasis are more often than not surprised if questions about alcohol intake and smoking are brought up in their consultation for their psoriasis.

Alcohol and your health…

An extensive body of data shows what we call ‘J-shaped’ associations between alcohol intake and a variety of conditions which include coronary heart disease, diabetes, high blood pressure, congestive heart failure, stroke and all-cause mortality.

What role does alcohol play in psoriasis?

There is also evidence that men who have psoriasis drink more alcohol than men who don’t have psoriasis, with the mean intake of alcohol being higher even before the onset of psoriasis.

In clinical practice, we have to ask the question about alcohol because if a patient can reduce his alcohol intake, it can make quite unmanageable psoriasis somewhat more manageable.

What about the other conditions mentioned in the NICE guidance for psoriasis?

Because psoriasis is now commonly associated with conditions such as high blood pressure, high cholesterol levels, obesity, diabetes and heart conditions (conditions which form part of the so-called ‘metabolic syndrome’), we also ask about smoking.

Quitting smoking, losing weight and bringing blood pressure, cholesterol levels and diabetes under control can also help in the management of psoriasis.

Many of us may have had a ‘dry’ month of January.  That may not necessarily have been a bad thing, especially for the psoriatics amongst us.

More and more research is looking at the role nutrition plays in disease.  And it is fascinating … END_OF_DOCUMENT_TOKEN_TO_BE_REPLACED