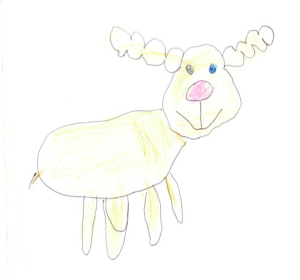 It is that time of year when if you’re lucky (or unlucky!) you’ll have a whole load of Christmas parties or social drinks thingies to go to, where inevitably, alcohol will be in surplus.  This brought me to thinking that this must be a pretty hard time of year for those who suffer from several skin conditions in whom alcohol, or its avoidance for that matter, is rather key.  One is rosacea and the other is psoriasis (but I’ll talk about psoriasis another time).

So what is rosacea?

Rosacea (pronounced ‘row-zay-shea’) is a fairly common facial rash that typically affects the central parts of the face, usually the nose and cheeks and may spread onto the forehead.  It is characterized by redness of the skin and there may be some spots too, or what we, as dermatologists call papules (red spots) and pustules (tiny spots filled with white fluid).

Why have I developed rosacea?

It is not fully understood why some people develop rosacea and others don’t.  We do know that patients may often complain of the symptom of flushing that is brought on, typically, by alcohol, hot drinks, hot & spicy foods, changes in temperature, sunlight, social anxiety and stress.

Do I need treatment if I have rosacea?

The vast majority of people who have mild rosacea probably don’t seek treatment for the condition at all.  If you had read one of the October editions of “The Week” magazine, apparently there has been some research from a team from Durham, Nottingham and St Andrew’s Universities which showed that women were attracted to men with ruddy complexions.  The explanation was that, as in male primates and birds, the colour red signifies social dominance.

However, the majority of cases I see do need treatment and “The Week” go on to say that the aforementioned research also showed that too red a face was not deemed attractive but was deemed aggressive.  Also, from a dermatological point of view, if rosacea is left untreated, the texture of the skin on the affected areas of the face can become thickened and bumpy and the nose can become quite distorted and disfigured (so called rhinophyma).

What treatments are there for rosacea?

Standard dermatological advice for the treatment of rosacea involves in the first instance, avoidance of all factors which precipitate flushing, ie all of the aforementioned factors (which can be a pretty tall order, practically speaking).  If the rosacea is mild, an antibiotic gel may be prescribed that should be applied to the affected areas on the face.

More resistant cases require longer term antibiotic tablets of the tetracycline family or even low dose isotretinoin for very severe, resistant cases (a treatment normally used in severe acne vulgaris).  The standard advice is that these are given because of their role as an anti-inflammatory agent rather than their antimicrobial activity, ie not like the standard antibiotics given to treat chest infections or urinary tract infections.

Several papers have been published this year looking at something called cathelicidin in the development of rosacea.  Cathelicidin (or LL-37 – one of its breakdown products) is a protein with antimicrobial activity and its levels are found to be increased in rosacea skin.   It also stimulates the proliferation of new blood vessels and can stimulate certain immune cells to be more responsive.

Why are they looking at antimicrobial proteins in rosacea skin?

It may be shocking for those of you who suffer with rosacea to know but it is well known in dermatological circles that patients who suffer with rosacea also display a higher level of mites, so called Demodex folliculorum, in their facial skin than non-sufferers.  These mites are unique in the animal kingdom in that they lack an anus and so cannot void any waste material!  It is postulated in one paper this year [O’Reilly N, Bergin D, Reeves EP et al.  Demodex-associated bacterial proteins induce neutrophil activation.  Brit J Dermatol 2012; 166: 753-760.] that the Demodex mite might require a range of bacteria to therefore assist in the digestion of its food.  These bacteria subsequently build up to high levels in its digestive tract and are then released into the skin upon the mite’s death.

One such bacteria has been isolated from a Demodex mite.  This bacterium is called Bacillus oleronius (or B. oleronius for short) and this has been shown to cause release of inflammatory chemicals from cells known to be present in the skin and may play a part in the development of rosacea.  One of these inflammatory chemicals is the cathelicidin mentioned above (remember it’s an antimicrobial agent) which in turn can stimulate more of these cells to be recruited to the area of rosacea to try and eliminate the bacterium.  However, the problem is perpetuated as more and more inflammatory chemicals are released from these new cells and the new vessel formation stimulated by cathelicidin contributes to the redness of rosacea skin that we can all see.

So why don’t the antibiotics cure me of rosacea?

It is now thought that the standard antibiotic therapy, ie a tetracycline-type drug may possibly be acting as an antimicrobial agent.  They may be killing the B. oleronius in the Demodex mites resulting in improvement in the symptoms of rosacea.   However it is well known that after stopping antibiotic therapy the symptoms of rosacea tend to gradually recur over time which may be because of gradual repopulation of the skin with Demodex mites, once again starting the cycle all over again.

What about all the other factors which worsen my rosacea?

We don’t have all the answers yet but we now know that cathelicidin expression by human skin cells is also regulated by the vitamin D receptor.  Another paper published this year [Reinholz M, Ruzicka T, Schauber J.  Cathelicidin LL-37: An antimicrobial peptide with a role in inflammatory skin disease.  Ann Dermatol 2012; 24(2): 126-135.] has suggested that that is why sunlight can worsen rosacea, ie via activation of the vitamin D pathway in skin cells and hence increased expression of cathelicidin.

Where does that leave us?

This second paper by Reinholz et al has therefore suggested that drugs which interfere with vitamin D signaling might therefore offer a new approach to the management of rosacea.  I personally think we should wait and see.  As with everything in life, I doubt it will be the only answer and for the meantime, I’m afraid, the bog-standard advice has to remain the same.

More and more research is looking at the role nutrition plays in disease.  And it is fascinating … END_OF_DOCUMENT_TOKEN_TO_BE_REPLACED