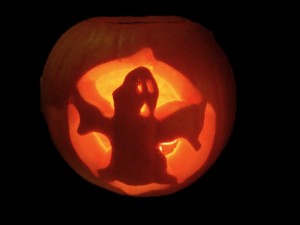 For the past few years for Hallowe’en, I have made eyeball cupcakes for my children and their friends.  These are quite simply a cupcake with a huge ball of white icing placed on the top which is then decorated to look like a bloodshot eyeball.  After the myriad of reassurances that these are not actually real eyeballs sitting atop their cupcake, most of them are wolfed down. Now, my daughter has a real penchant for wolfing down the colossal ball of icing only and then discarding the cupcake underneath and it always makes me feel a bit uneasy (and queasy!) because she is basically just eating a large ball of sugar which doesn’t quite feel right.

Also, it will shortly be that time of year when packets of chocolate buttons, jellied sweets and all other sorts of confectionery are flying out of the door into the eagerly awaiting hands of doorstep-loads of children.  I can’t help think about a skin condition in which we are always being asked if diet may have a role and wondering if I am doing a disservice to all those children (little up to adolescents) to whom I am basically doling out packets of sugar.

Does diet play a role in acne?  The traditional advice.

We see an awful lot of acne in dermatology and we frequently get asked if diet has anything to do with it.  The traditional advice is no, that acne sufferers can go on and eat as much chocolate, crisps and sweets as the next person and this was based on a study from 1969 which reported no association between chocolate and acne.

However, recently there have been a whole host of studies published looking at the role of diet in acne and their findings are very interesting.

Now, if we look at that original study from 1969 by Fulton et al, the investigators compared chocolate bars in one group to sweet vegetable oil bars in the other group and found no difference in the acne in both groups.  Nowadays, we know that the sweet vegetable oil bars used in the study contain high levels of partially hydrogenated vegetable fats which contain trans-fatty acids.  So, it was really not surprising that there was no difference between the two groups because both bars were as bad as each other!

What new evidence is there?

Looking at the most recent evidence from this year, it seems that there is some quite convincing data supporting the role of dairy products, namely cow’s milk and a high-glycaemic-load (or high glycaemic index or GI) diet and an increased risk of acne.

How might dairy products and high-GI foods make acne worse?

There have been some studies looking at how these foods may be contributing to acne and there is increasing evidence that it is due to increased signaling of an enzyme called mTORC1.  This acts like a sort of control tower between signals from various sources to do with energy and protein, especially something called leucine which is provided in high amounts by milk proteins and meat – foods that feature a lot in a ‘Western diet’.

What do mTORC1 and leucine do in acne?

The enzyme called mTORC1 is activated by hormones like testosterone (which are elevated at puberty when acne is prevalent) and leucine is converted into fats for the generation of sebum from the grease glands on the face.  The whole picture is rather complicated and not clear yet but current evidence is compelling.

So what diet should I eat if I have acne?

Following on from that, the is some evidence to show that a low GI diet (eating foods such as barley, wholegrain breads, fruits, beans, vegetables and fish) can contribute to an improvement in acne in patients not on standard anti-acne treatments.

Clearly there are general health benefits from following a low GI diet and at Orpington, patients who present with Polycystic Ovarian Syndrome who commonly have difficult acne are advised to follow such a diet.

So I think, based on that level of evidence, traditional dermatological advice will have to change and I’ll have to advise all my acne patients to opt for the trick rather than the treat (and maybe I’ll be handing out apples and oranges for Hallowe’en this year too!).

More and more research is looking at the role nutrition plays in disease.  And it is fascinating … END_OF_DOCUMENT_TOKEN_TO_BE_REPLACED